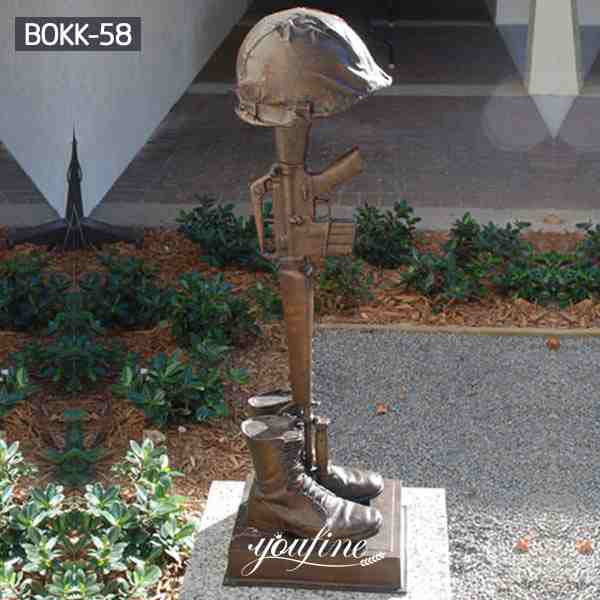 YouFine is a foundry with more than 35 years of experience. Very professional in making bronze sculptures. This bronze battle cross sculpture has a model, so you can use our model for free. 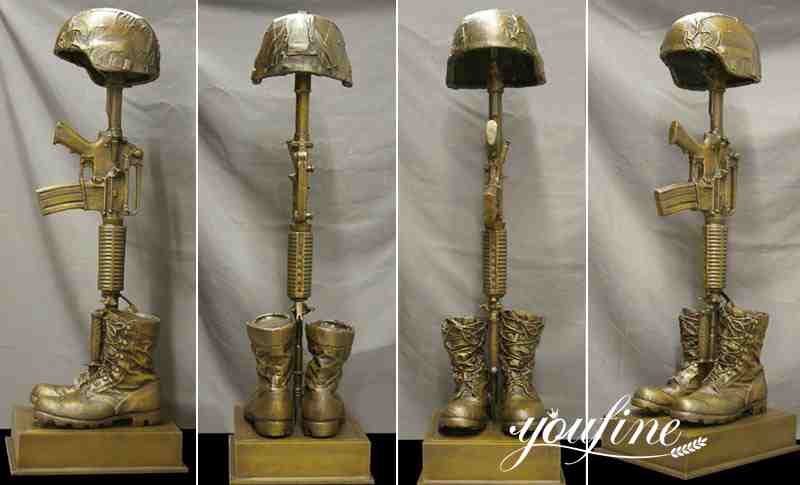 The history of the battle cross:

It is said that the earliest battle cross appeared during the Civil War to mark the bodies of dead soldiers for later collection and burial. The rifle was pushed into the ground, indicating that the soldier was killed in the battle and the battle was to the end. Boots carried a soldier in order to fight for freedom and were placed on the bottom of the rifle. The helmet is placed on top of the rifle, indicating that the person is over. The battle cross became an iconic symbol of respect for the fallen soldiers.

YouFine has a professional designer team that can provide free customized services. As long as you send photos or design drawings, we can cast the sculpture you want. Before casting, we will make a 1:1 clay mold. Our clay mold master will modify it repeatedly until the customer is satisfied. 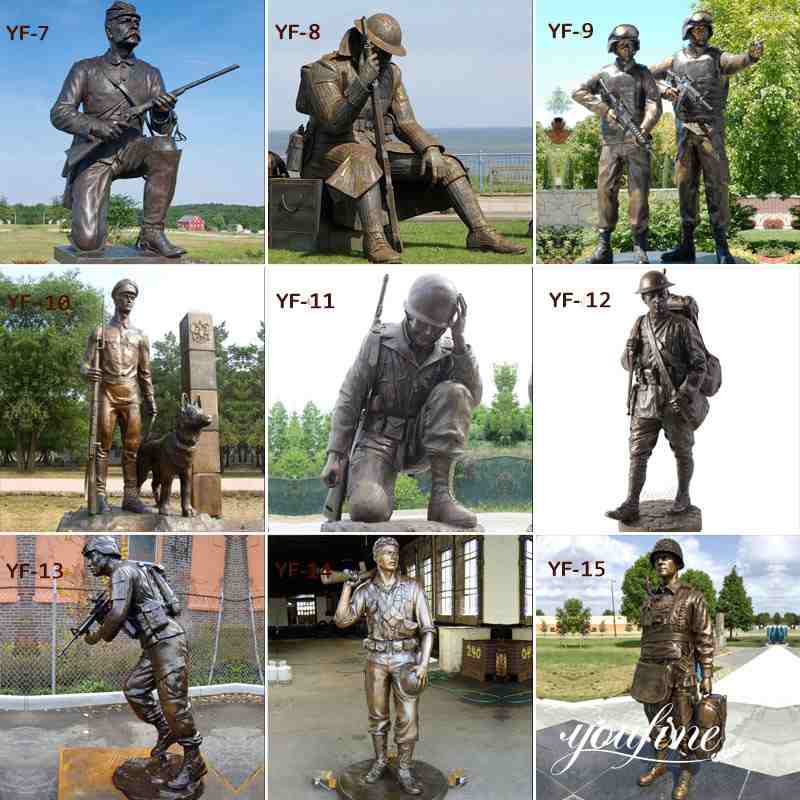 The bronze battle cross sculpture made by YouFine is very accurate everywhere. It is cast from high-quality bronze using the “lost wax method” and will last for hundreds of years. It is a lasting monument. This sculpture can be placed on the ground or a base can be added. Let it stand tall there. Every soldier who died in the war is worth remembering. 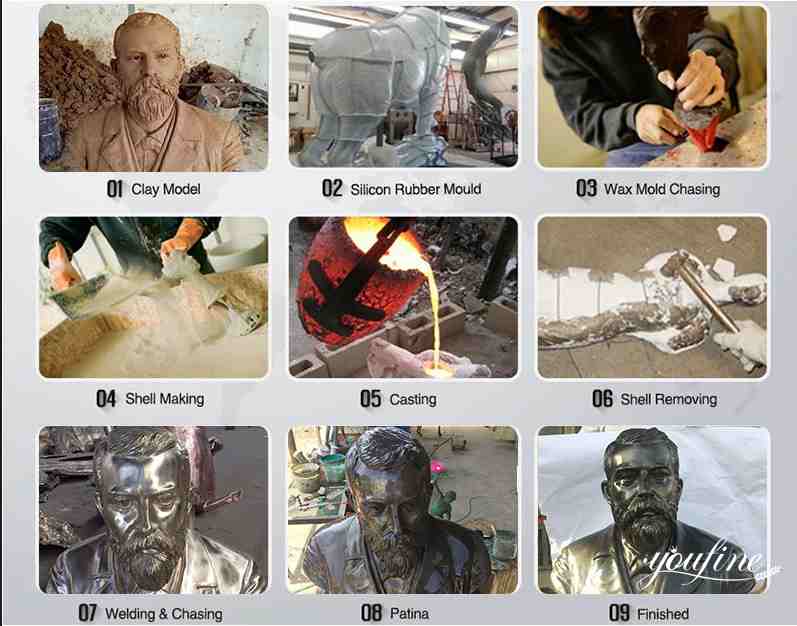