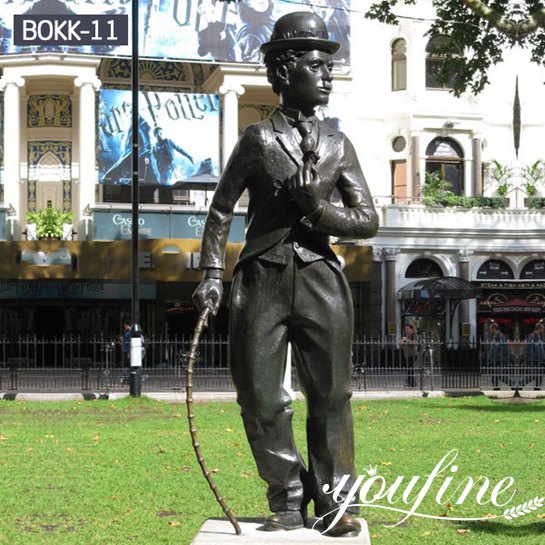 People all over the world know that Chaplin was particularly successful in the early and middle stages of Hollywood movies. The bronze Charlie Chaplin statue in the YouFine factory is to commemorate this great man. If you want this sculpture. You could contact us at any time.
Item No: BOKK-11
Material: Grade Bronze
Color: The Picture Color or Customized
Size: Life Size or Customized
Package: Strong Wooden Case
Service 1: Customized Service
Service 2: Trade Assurance

Most of the time, we see Chaplin wearing a bowler hat. And his image has almost become an important representative of comedy movies. Many artists have imitated his performances in the future.

YouFine factory bronze Charlie Chaplin statue shows the gentleman of Chaplin. He is wearing a narrow skirt, extra-large trousers and shoes. See him wearing a bowler hat and holding a bamboo pole in his hand. What’s more interesting is that our sculpture expresses his cute image with a mustache. 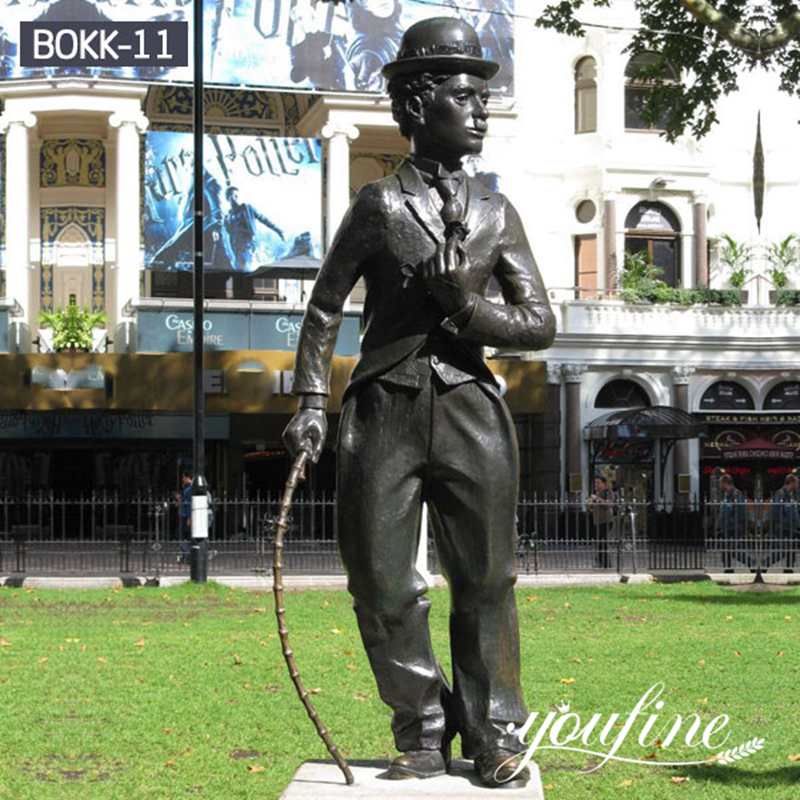 Chaplin is one of the most talented and influential people. He writes, directs, performs, and distributes his own films. From being a child actor to appearing on the stage of the British Grand Theatre. His professional career is more than 70 years. His achievements reached the pinnacle of the world in the film industry, and Chaplin became a cultural icon. He laid the foundation of modern comedy films. 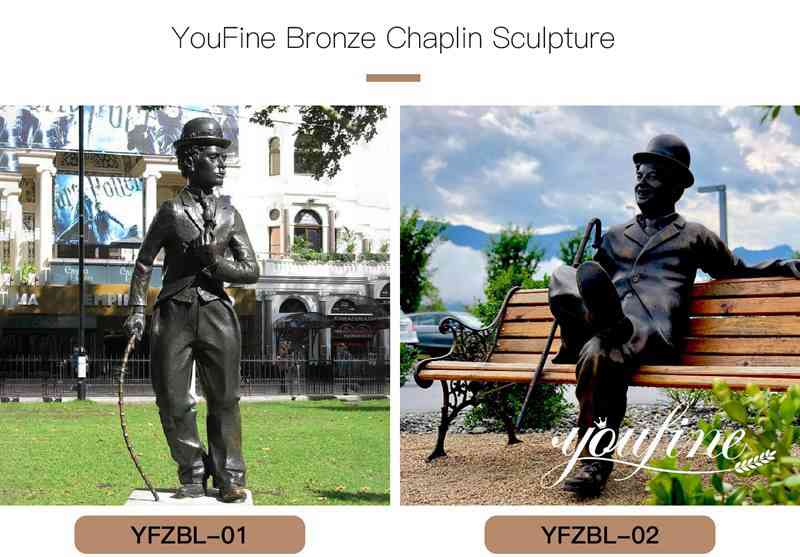 Location of the First Statue：

The world’s first bronze Charlie Chaplin statue is located in Leicester Square, London. This is the work of sculptor John Doubleday in 1979. It vividly expresses Chaplin’s identity as an actor, comedian, and film producer. In addition, he also portrayed Chaplin as his most famous sculptural role. People all over the world praised this sculpture and followed suit. 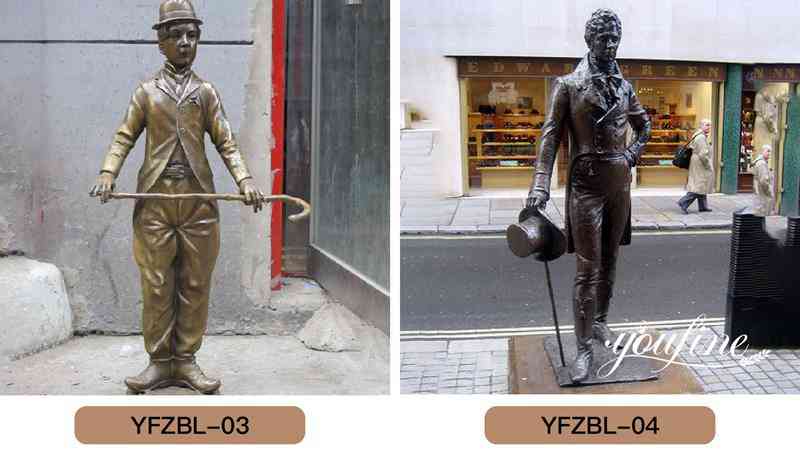 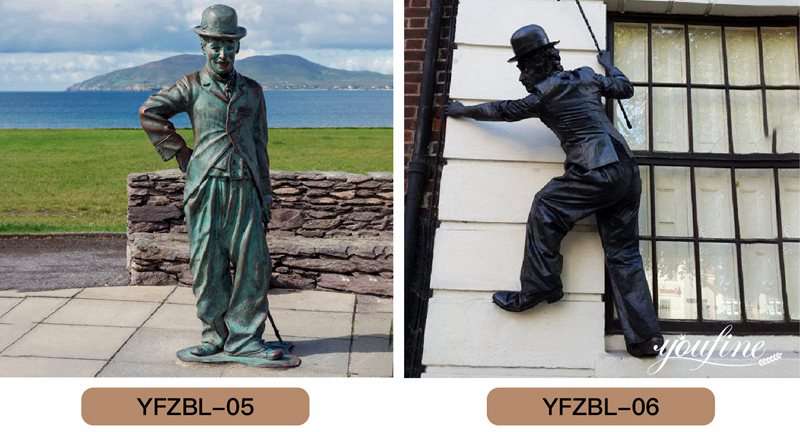 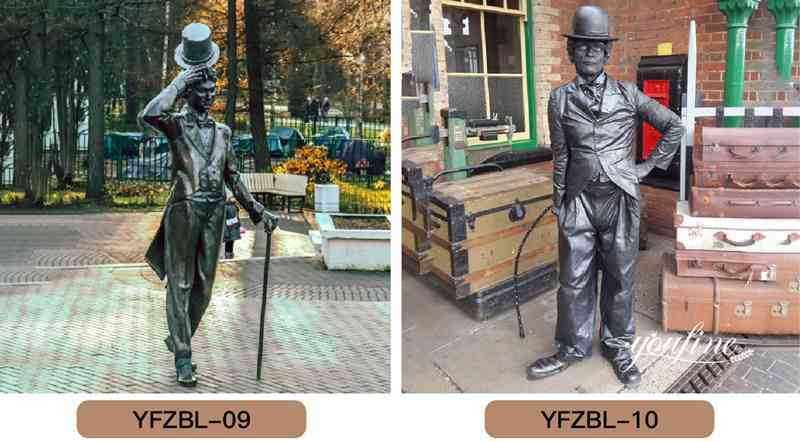 To make the perfect bronze Charlie Chaplin statue, the YouFine factory requires 33 steps. The first thing to do is the clay model, which is an essential and the most important step. YouFine factory clay model artists have been engaged in this technique for 20 years. They are proficient in every craft and could portray the appearance and spirit of the characters. Our clay sculptures are modified according to customer requirements until the customer is satisfied. 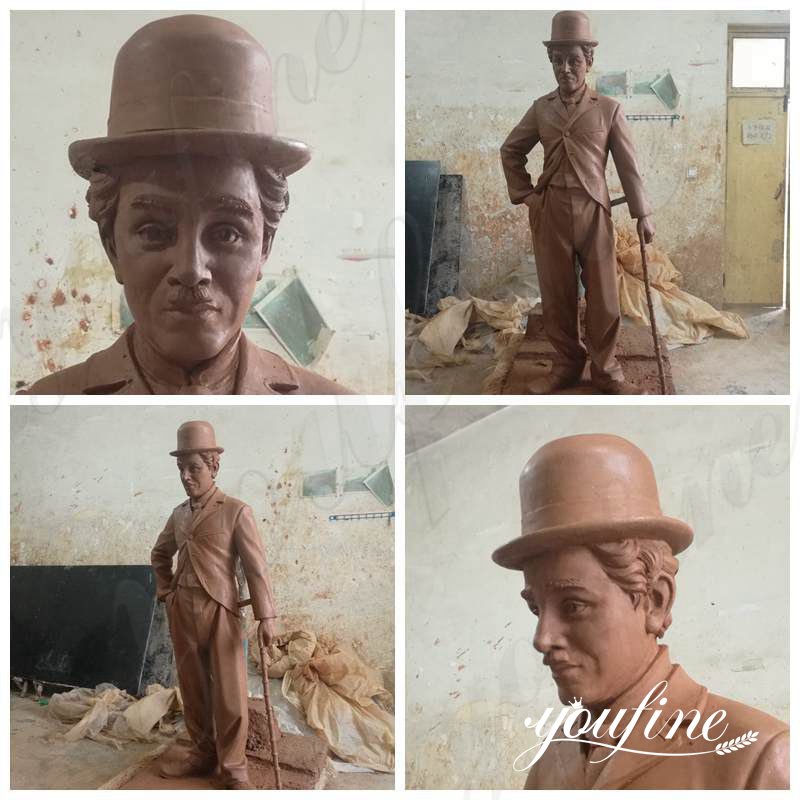 YouFine factory has been engaged in the bronze sculpture industry for 39 years. We have the most professional artists, the most sensitive sales staff, and the most diligent employees. Each of them worked hard to make our factory the most famous sculpture supplier in the local area. 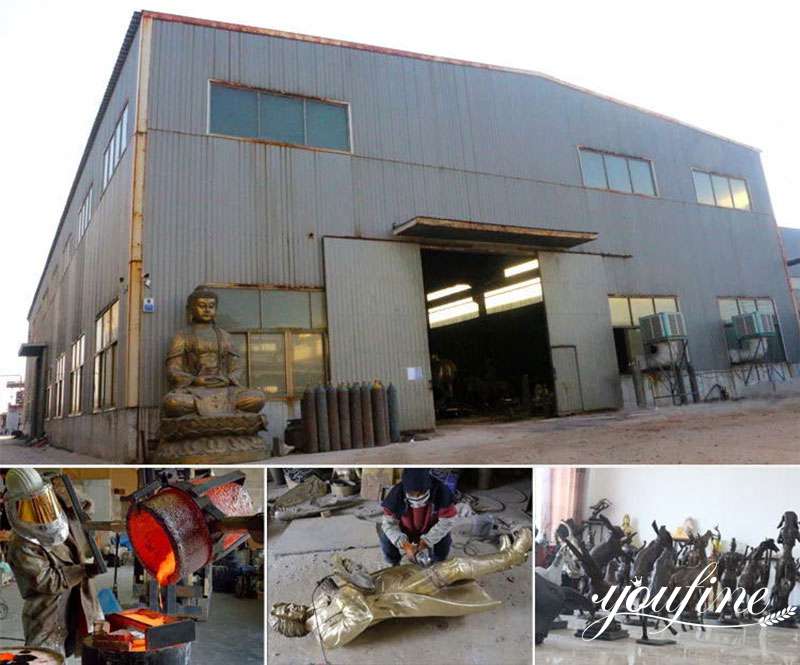 You could visit our factory and you would receive our most sincere reception. We would give you the most satisfactory life–size bronze statues. You could contact us at any time.