What is The Meaning of the Battlefield Cross? 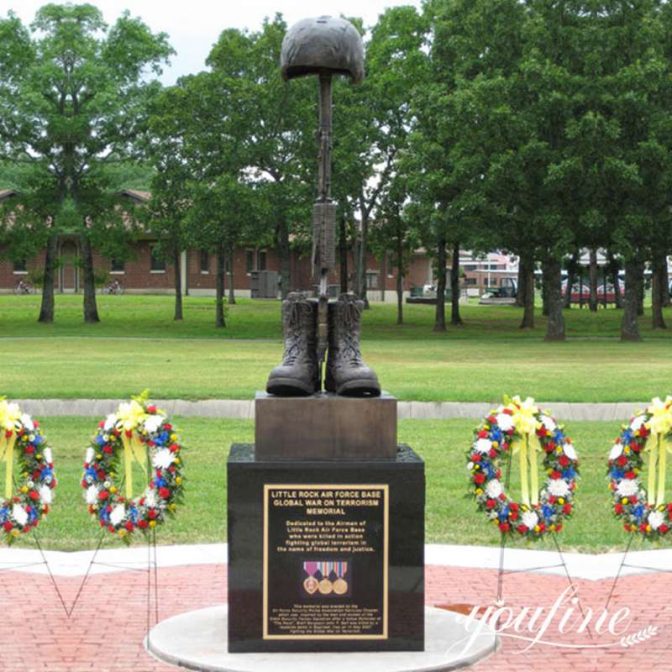 Memorial Day is one of the federal holidays in the United States to commemorate the American soldiers killed in various wars. And the US time is set on the last Monday in May every year. Obviously, Battlefield Cross Memorial Day is coming, if you are in need of a Battlefield Cross then please contact us today.
Item No: BOKK-523
Size: Life Size or Customize
Material: Antique Bronze
Insurance: Cover All the Risk
Package: Strong Wooden Case
Service: Customize Acceptably
Technique: Lost Wax Process 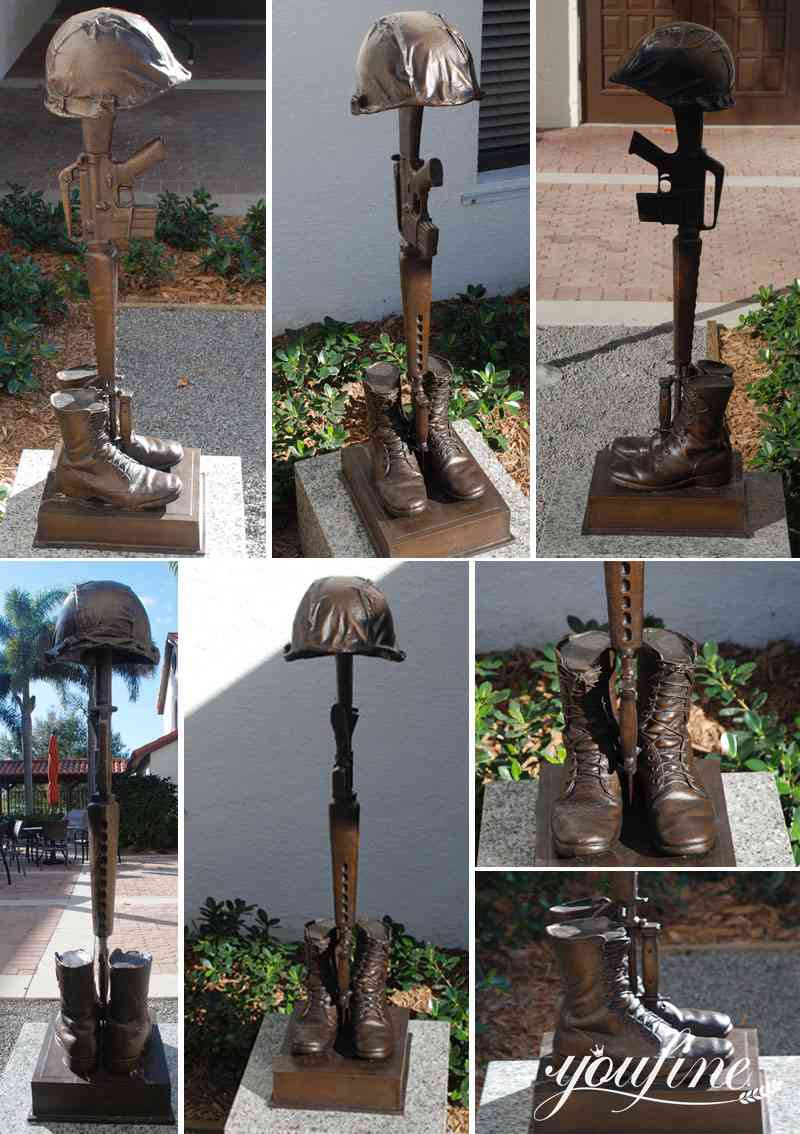 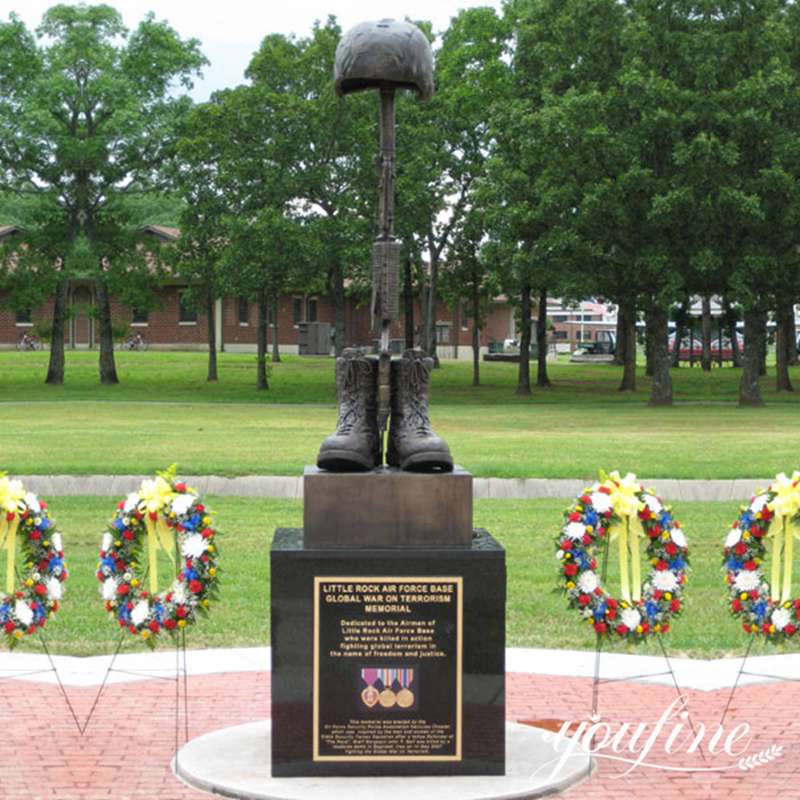 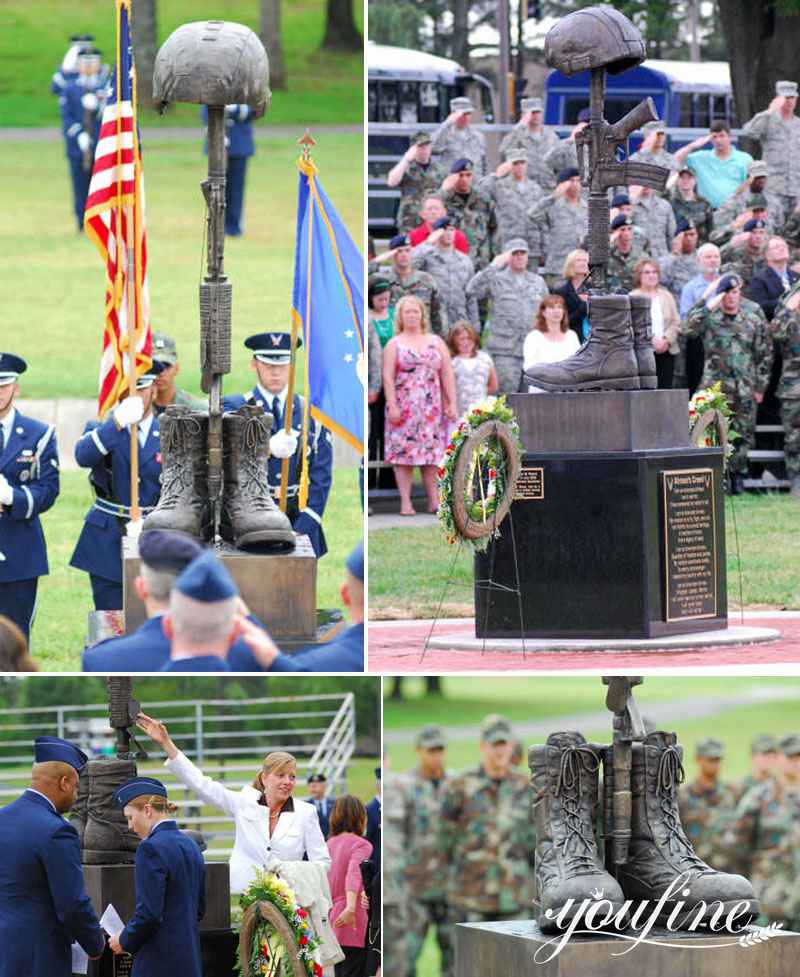 What Does the Battlefield Cross Mean? 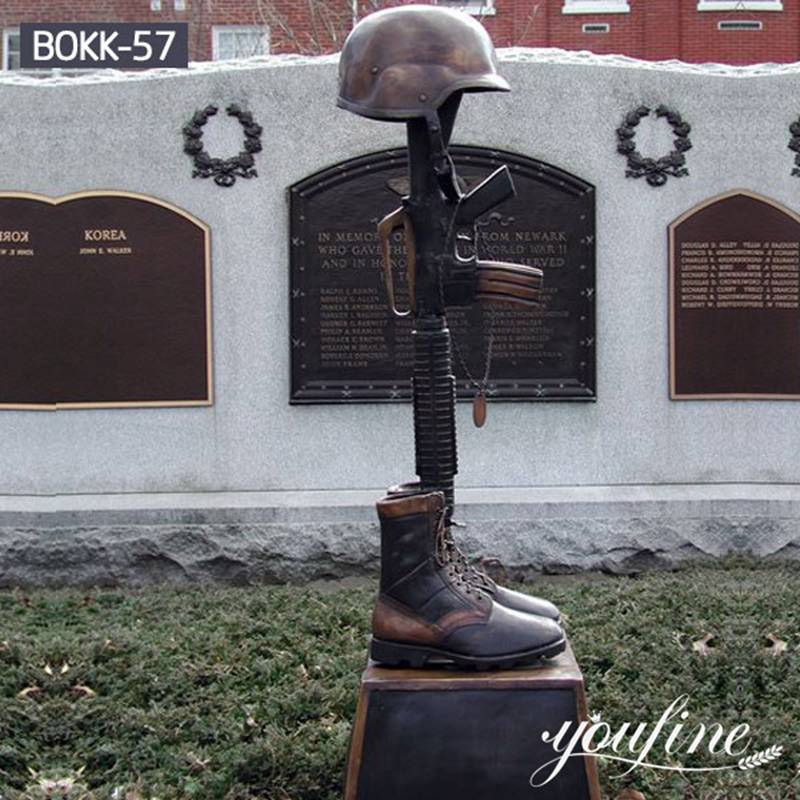 Additionally, the practice began during World War I to show respect for those who gave their lives in wartime combat. Today, it is a way of showing respect for the dead among members of the force who are still alive. Generally speaking, it is more common on the battlefield or bases camp after the war, especially in the US military in Afghanistan or Iraq. Although it is rarely used as a means of identification today, it is still a way of mourning for the living. Because for soldiers who are still fighting, attending a funeral is not always possible. 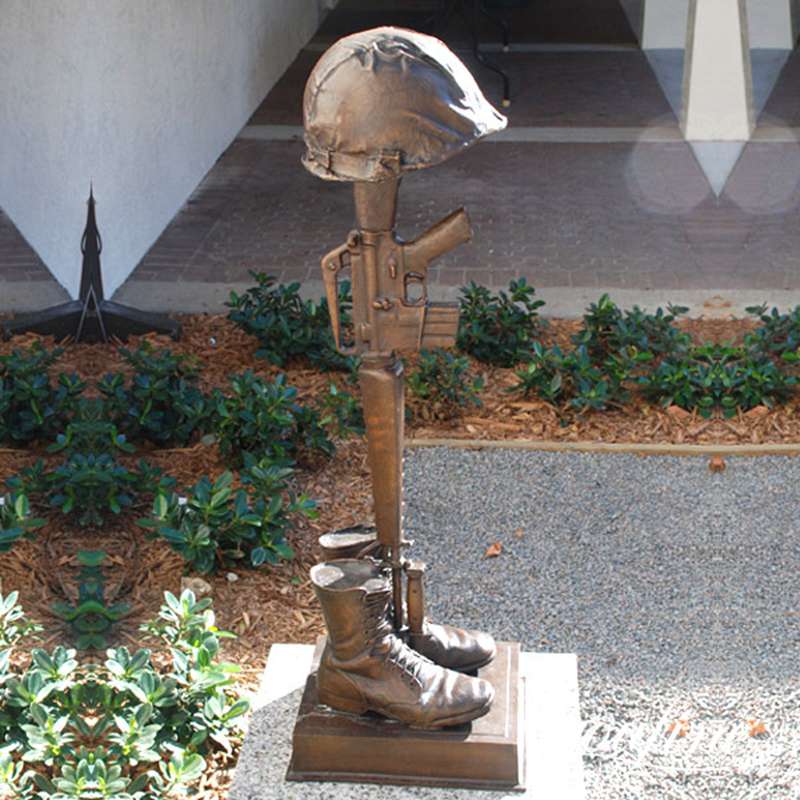 In particular, the battlefield cross is a symbolic representation of the soldiers who died in battle. This tradition originated in the First World War and continues to this day. in every conflict since. These crosses were erected by comrades in honor and respect for the brave souls who gave their lives in the service of the country. There are plans to cast a large number of Battlefield Crosses in Manchester’s Veterans Park. These are dedicated to the soldiers who died in the First World War and the Korean War. To date, approximately $12,000 has been raised to sculpt and install existing Battle Cross sculptures. 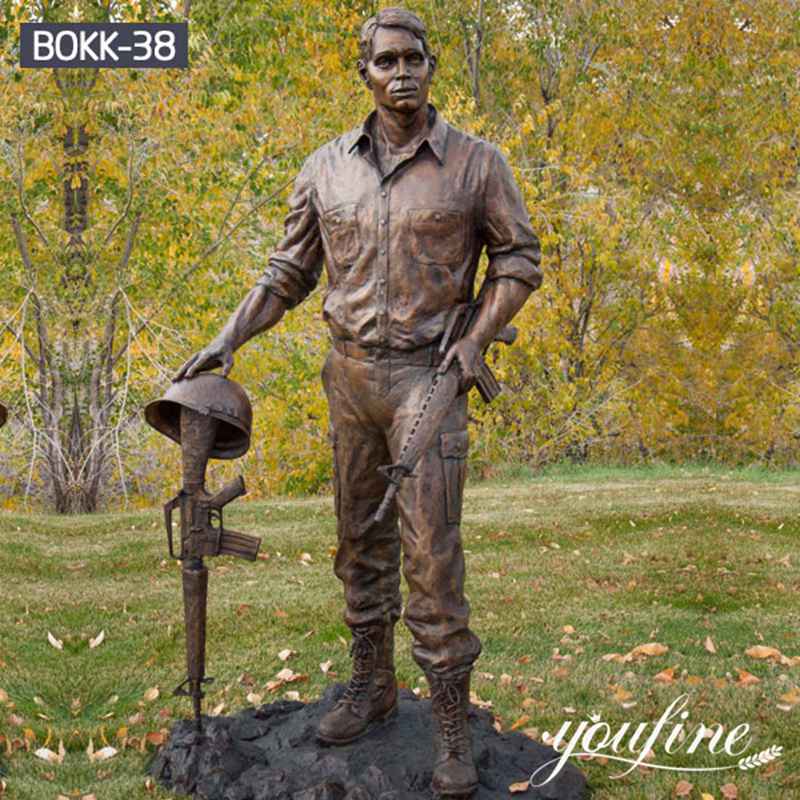 What is Memorial Day?

The most important event on Memorial Day is the memory of the American soldiers who died in the war. People would place wreaths and flags in front of the soldiers’ tombstones. Of course, government departments would fly their flags at half-staff. Also, some small towns would organize parades. Also, people would wear military clothing from the Civil War era. In addition, the President or Vice President of the United States would officiate at the Arlington National Cemetery and give speeches. Of course, there are also many people who spontaneously organize some informal activities. For example, members of motorcycle clubs gather on this day. People hang American flags in front of their windows and some iconic buildings. Citizens organize sports. Activity. Some Americans use the day to honor deceased family members. 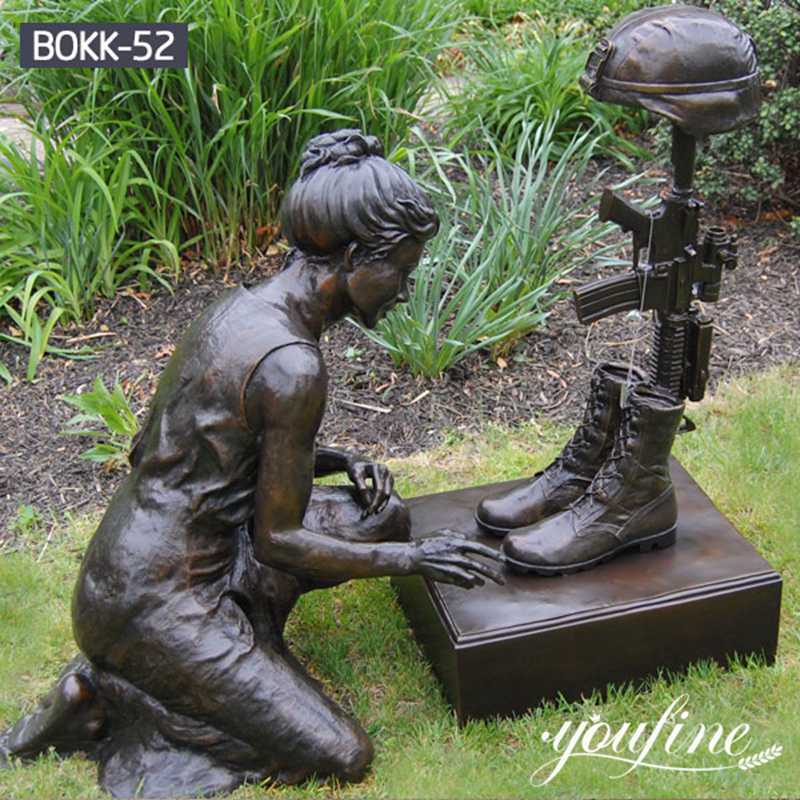 Memorial Day is not only an important holiday to show patriotism to Americans. Moreover, this festival represents the official start of summer for the folk. Many beaches, playgrounds, island summer ferries, etc. would operate from the weekend of the week. And because of the 3-day holiday in a row, many Americans go to the suburbs to have barbecues, go to the beach to have fun, or visit museums and so on. Of course, it would also lead to quite serious traffic jams. 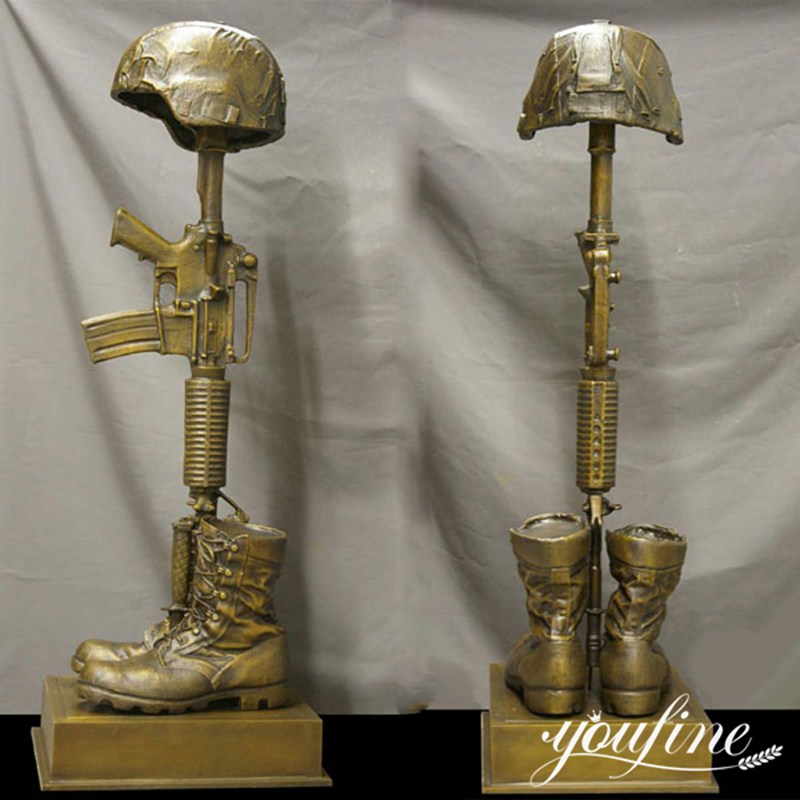 YouFine casts the bronze Battlefield Cross using the traditional lost wax method. And our artists have already fully mastered this technique. Additionally, our artists have improved the lost wax technique. In the casting process, we are using silica sol technology. Without a doubt, our sculptures are free from white spots and therefore less prone to cracking and corrosion. Then, YouFine bronze military sculpture could not only prolong the service life of the sculpture but also keep the sculpture beautiful for a long time. Choose YouFine’s Bronze Military Sculpture is your best bet. 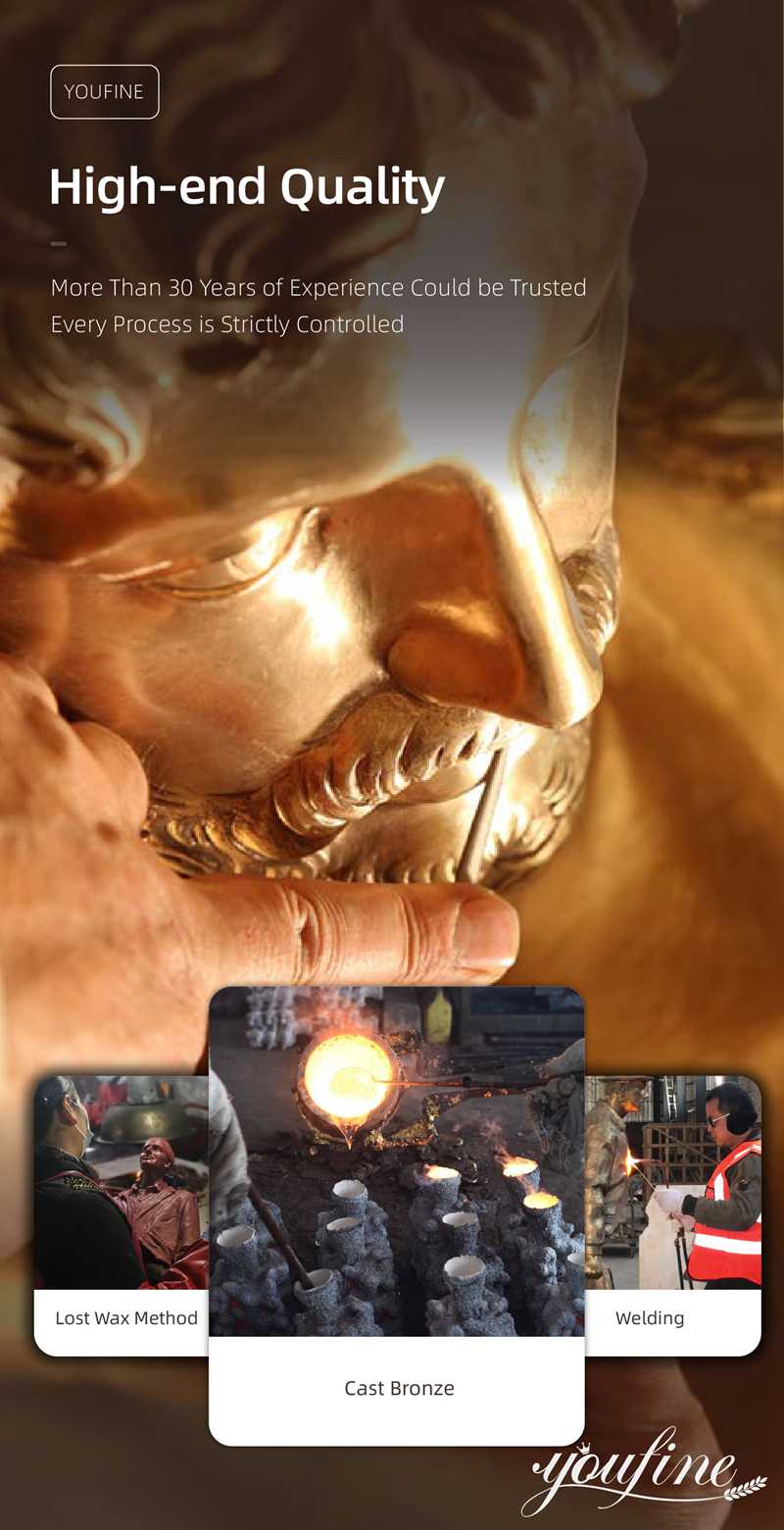 If you would like to cast a large military sculpture in time for Memorial Day, please contact us today. YouFine would give you the biggest discounts in April. Of course, we would also cast high-quality military sculptures for you with respect for the military.