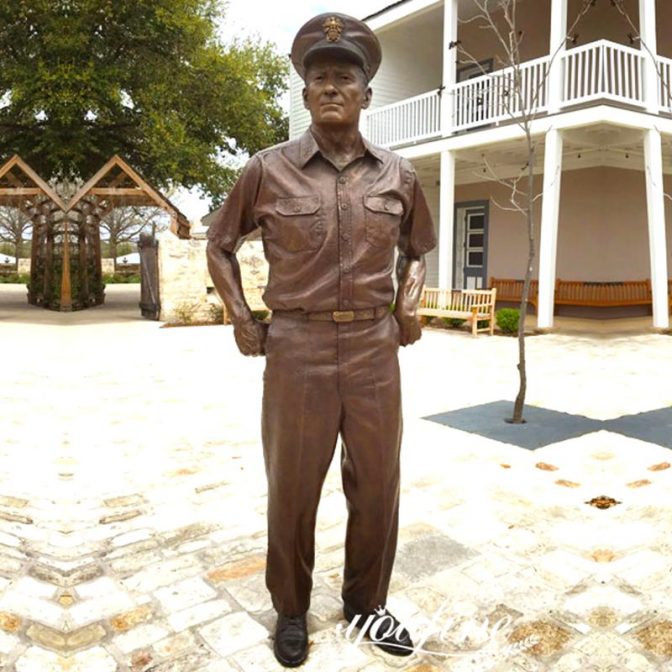 In battle, whether it is the army, navy, or air force, a brave general is needed. Then the famous General Chester William Nimitz is one of the generals that people admire. And many places in the United States have a bronze military sculpture of Chester William Nimitz. The statue of Nimitz is very spiritual. This is a confident navy soldier. Especially the portrayal of the general’s facial details makes the whole character very vivid. Of course, in terms of design, the overall proportions of YouFine’s soldier statues and the details on the clothes are very vivid. As the saying goes, “Eyes are the windows of the soul, and they could help us feel emotions and human emotions. In YouFine’s Nimitz sculptures, the eyes are very well done.

The Life of Chester William Nimitz:

Nimitz himself received three outstanding service medals and was appointed by the US government as the “Nimitz” on October 5. In 1966, Nimitz passed away and the government held a state funeral. To commemorate him, the first US aircraft carrier “Nimitz” was named after him. There is no doubt that Admiral Nimitz was warmly welcomed by the American people. 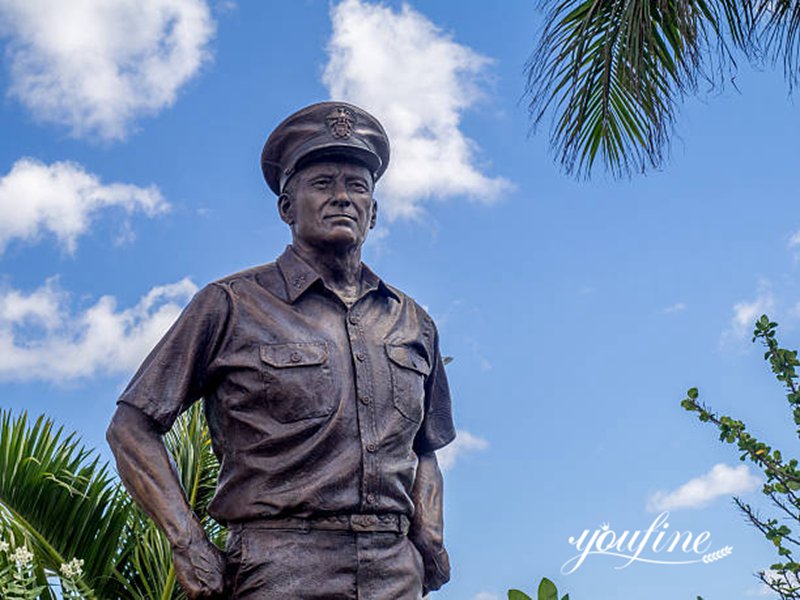 Places of Some of The Sculptures:

The monument to Admiral Chester Nimitz is located at the Battleship Missouri Memorial in Pearl Harbor, Hawaii. The second copy of the original military sculpture was also placed in the Nimitz Museum in Nimitz’s hometown. 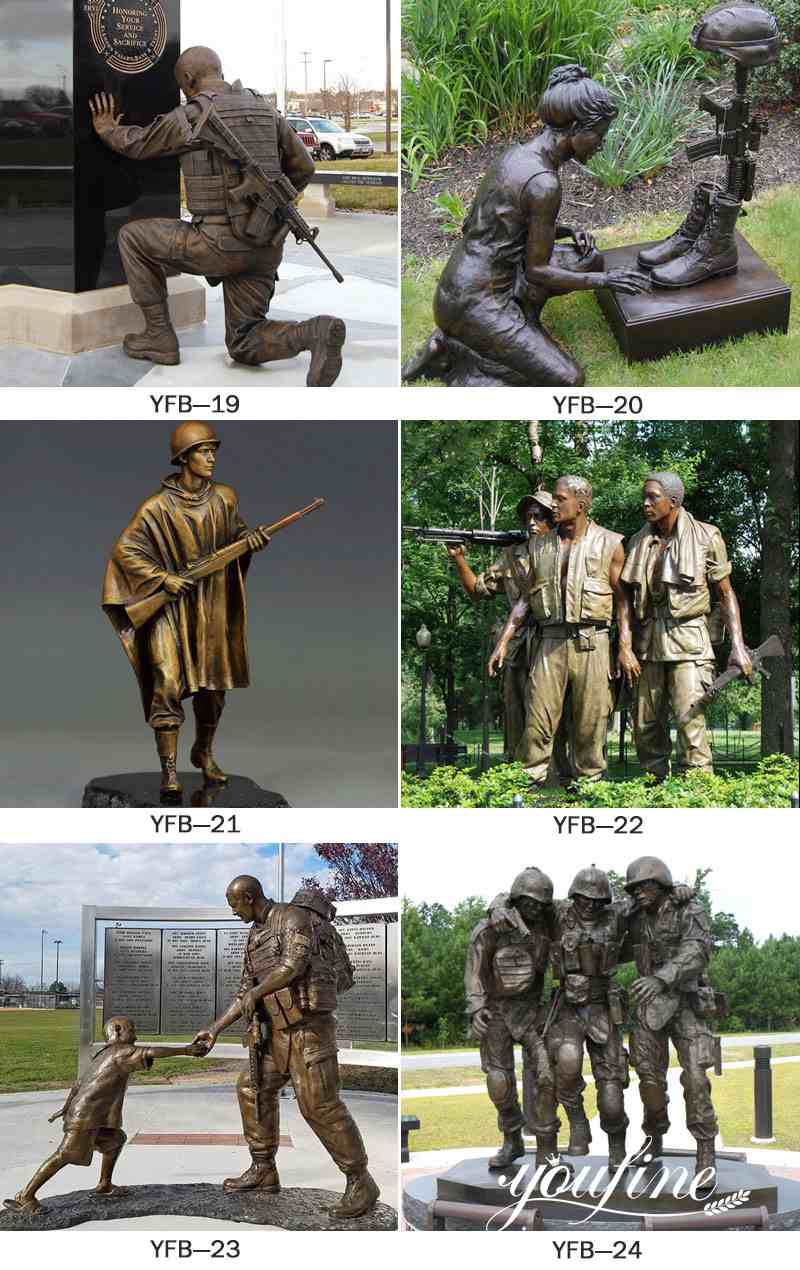 We have a team that only makes military sculptures. They have done a lot of research on many wars. Some of our artists watched a lot of war documentaries in order to cast good looks. Some artists often go to military museums or watch videos of many soldiers. 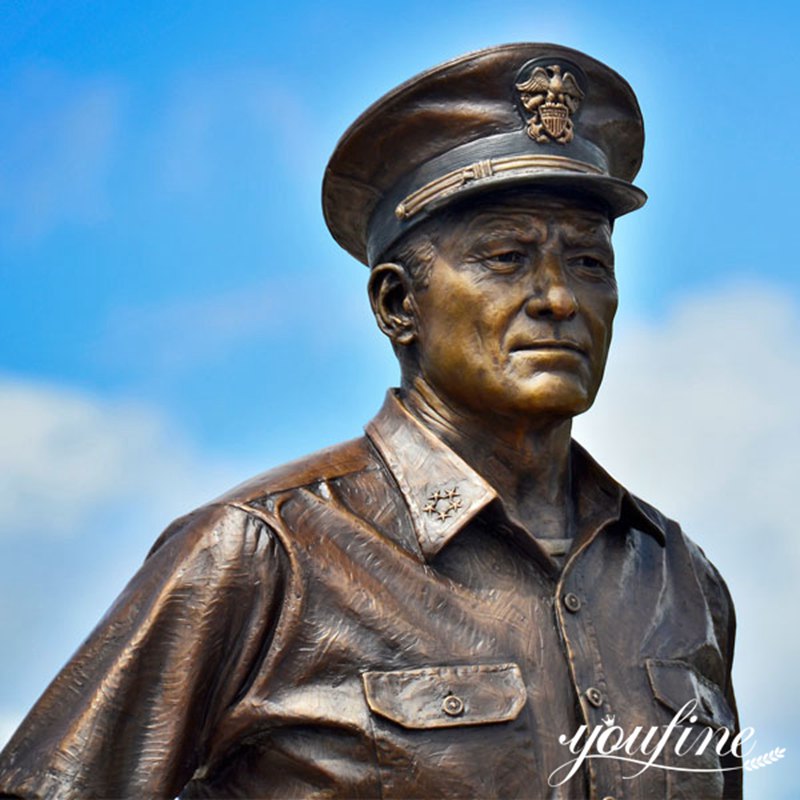 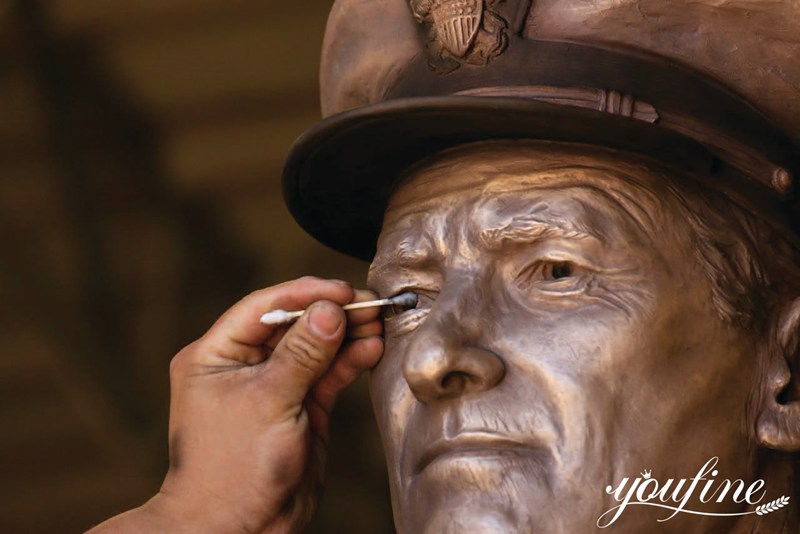 YouFine believes that this military statue would be amazing if it is placed there. If you are interested in military bronze sculptures or such a series of stories, you could contact us immediately. We are at your service at any time.