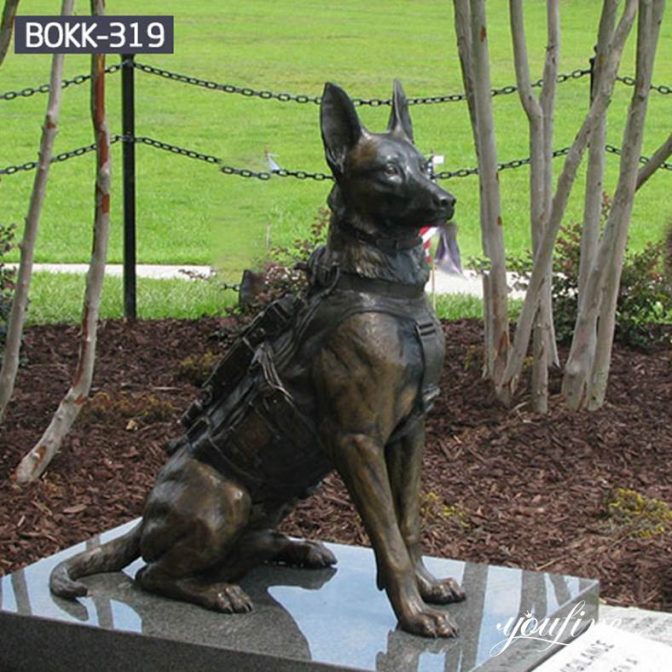 Speaking of the best friend of mankind among animals, the first thing we think of is the dog. Then the most loyal among dogs is the German Shepherd. YouFine has the most stylish German Shepherd statue, please contact us immediately for more details.
Item No: BOKK-84
Size: Customized Size You Want
Material: Casting Bronze
Insurance: Cover All the Risk
Package: Strong Wooden Crate
Advantage: Factory Direct, Door to Door Delivery
Payment: T/T, Credit, Western Union, Money gram, etc.

Obviously, this German Shepherd statue is wearing regular combat clothing. Its body is very strong. We could see that this army dog has strong and developed muscles and strong bones. Moreover, this German Shepherd is of medium size, with piercing eyes. He is a very energetic little warrior, and people would definitely be moved by this spirit. 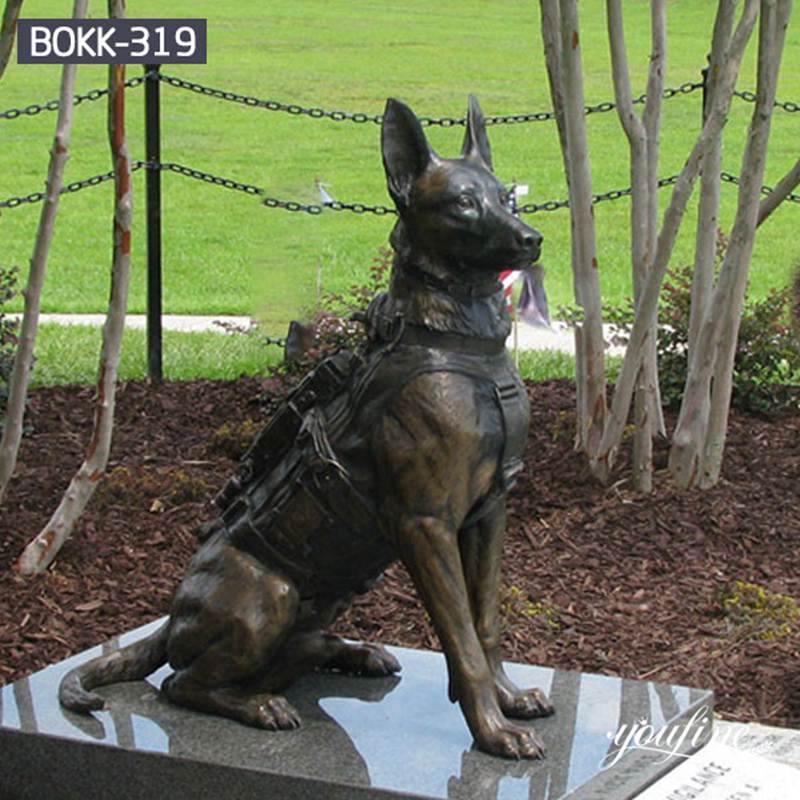 The Appearance Characteristics of German Shepherd:

Generally speaking, theGerman Shepherd statue is tall and powerful, with a serious and boldface. So their appearance is very domineering. But in fact, they are docile and like to be close to people. Moreover, the German Shepherd has a high IQ and ranks third in the dog world. Secondly, German Shepherds are not picky eaters. They are very heartfelt, so they are often chosen as military dogs. 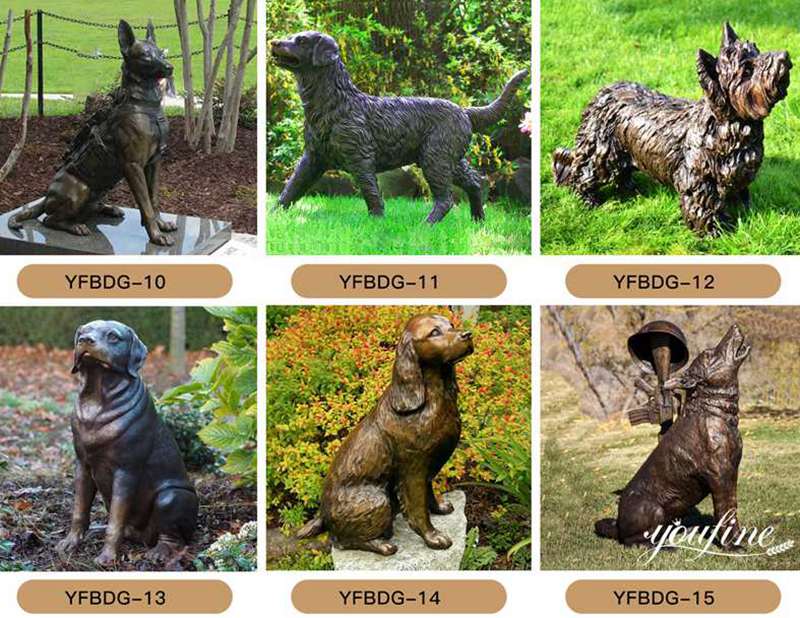 How Did a German Shepherd Become a Military Dog?

The four more common military working dog breeds used by the U.S. Department of Defense since World War II. They include Doberman Pinscher, German Shepherd, Labrador Retriever, and Belgian Malinois. Among them, German Shepherd is agile and suitable for an action-type work environment. They are often deployed for various tasks. Later, during the First World War, he was recruited by the German army and served as a military dog. After being nurtured by the German army, it was basically finalized. Because the German Shepherd is tall, powerful, and capable of working. Therefore, they are active all over the world as police dogs, search and rescue dogs, guide dogs, shepherd dogs, watchdogs, and domestic pet dogs. 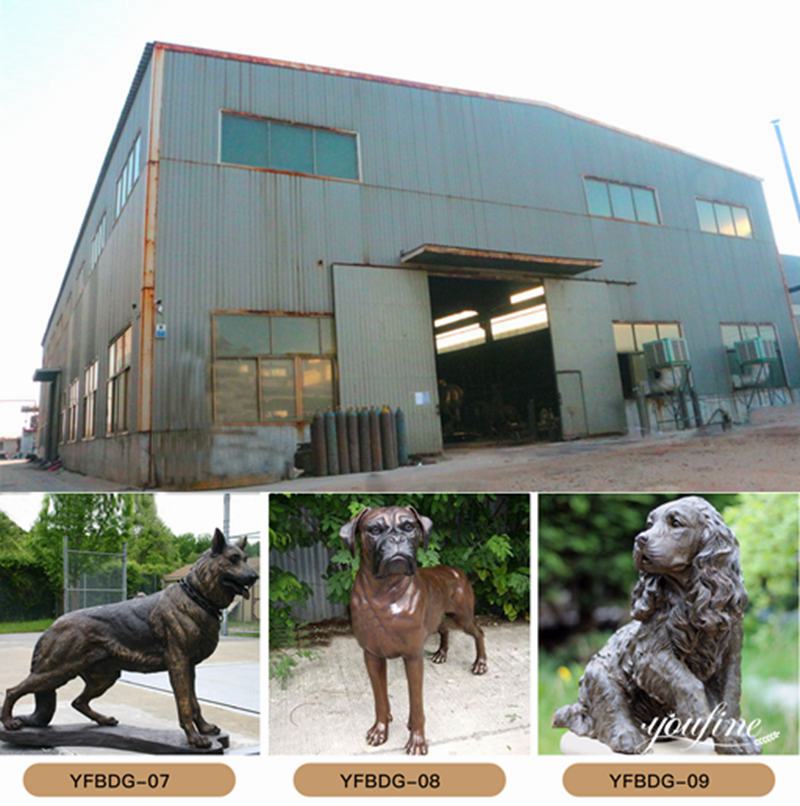 First of all, YouFine is tightly packaged. We attach great importance to the packaging of sculptures, so we use soft foam to wrap the sculptures. Then use a thick wooden box to fix the German Shepherd statue. So you would be able to receive a perfect sculpture.

If you need a German Shepherd statue full of military atmosphere, please contact us immediately. YouFine accepts customization and could completely cast your dog. And, our price is very fair, you would be very satisfied.